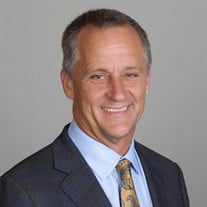 Ashton P. McCombs III, age 64, of Fayetteville, Arkansas went home to be with his Lord and Savior on Sunday, November 7, 2021. Ashton lived a full, vigorous life brimming with service, spontaneity, vision, and action. He was born in Hamburg, Arkansas on March 20, 1957, the son of Ashton P. McCombs Jr. and Joyce (Denton) McCombs and brother of Mary (McCombs) Whipple. Ashton’s quick wit, good humor, and propensity for pranks were refined in his charmed Delta upbringing, filled with idyllic days on the family farm, fishing on Bayou Bartholomew, and legendary small-town antics that often involved firecrackers or frightening his beloved sister Mary. After graduating from Hamburg High School in 1975, Ashton received an appointment to the United States Naval Academy in Annapolis, Maryland. During his time in Annapolis, he was a member of 23rd Company, played on the tennis team, and achieved a B.S. in History. As a proud graduate of the Class of 1979, Ashton was commissioned into the Navy as a Supply Officer. While in Athens, Georgia for training, he met the love of his life, Elizabeth “Betts” Singleton through several strokes of fateful serendipity, both naive of the adventures ahead. Ashton and Betts married on November 18, 1984 in Central, South Carolina and started a family of four children. Ashton gave his family the gift of exploring God’s creation together by marching his rambunctious crew from Illinois to the Netherlands, and finally back home to Arkansas. Ashton was a beloved leader and an archetype of American enterprise, work ethic, and unbridled optimism. After graduating from the Naval Academy, he worked 23 years for Nalco Chemical Company during which he rose steadily through the ranks to become General Manager overseeing one of the most successful parts of the company. In 2004, he co-founded Phigenics LLC with Jay Reading and William McCoy. Together, they set standards in the water management industry. They pioneered innovation to prevent disease and injury from waterborne pathogens and conserve water in facilities such as hospitals in all 50 states. In 2016, he and Betts founded SLS Community, a non-profit organization in Fayetteville, Arkansas with the vision of building an inclusive community for neurodiverse adults with vocational, residential, and clinical resources. As Ashton always said, the true founder of SLS Community is their daughter Anna. Her journey with autism has been an anchor for the family as well as the impetus for SLS Community’s enduring mission. Ashton never knew a vision too large, an adventure too wild, a dull moment, someone in need he could not help, or a joke too bizarre (in his estimation). He had a gift of lighting up a room and making everyone he spoke with feel that they were the only person in the world, because to him, they were. He had a boundless love for his family, deep curiosity for history, lifelong passion for music, and he satisfied his devotion to running by logging 1000 miles a year while somehow avoiding a single injury. Ashton followed his savior Jesus Christ his entire life, and set an example of sacrificial love, abiding faith, humility, generosity, and courage until his final day on Earth. Ashton was preceded in death by his father, Ashton P. McCombs Jr. Ashton is survived by his wife, Elizabeth (Singleton) McCombs, two sons, Ashton P. McCombs IV and William S. McCombs, two daughters, Anna S. McCombs and Caroline (McCombs) Motes, son-in-law Joshua T. Motes, granddaughter, Isabella M. Motes, mother, Joyce (Denton) McCombs, and sister, Mary (McCombs) Whipple. A memorial service will be held at 2 p.m. on December 4, 2021 at Fellowship Bible Church in Fayetteville, Arkansas. In lieu of flowers, the McCombs family asks that you consider a donation to SLS Community to help advance this important mission at https://slscommunity.org/donate/.

Ashton P. McCombs III, age 64, of Fayetteville, Arkansas went home to be with his Lord and Savior on Sunday, November 7, 2021. Ashton lived a full, vigorous life brimming with service, spontaneity, vision, and action. He was born in Hamburg,... View Obituary & Service Information

The family of Ashton P. McCombs III created this Life Tributes page to make it easy to share your memories.

Send flowers to the McCombs family.