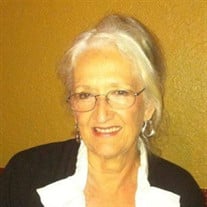 In the early hours of Friday, March 26th, 2021, Betty (Lynn) Miller Jones, an amazing mother and most loyal friend, was called home to be with the Lord. Betty was born October 3, 1944, at Texarkana, AR, the only daughter of the late William Trotter Miller and Lillian Isabel Hinton Miller. She attended the University of Arkansas at Fayetteville. She later moved to Little Rock and worked for Worthen Bank for 16 years, became an officer and served on the board of directors at the Little Rock Zoo, Stepping Stone, Inc. as well as other nonprofit organizations. In 1980 she left the city life to rear her daughter at the family farm on the Red River. There she successfully owned and operated a twelve-hundred-acre equine breeding and training operation with pecan orchards, wheat & soybean crops as well as a sand/fill dirt business named Footloose Farms. For 22 years Betty was the President of the Arkansas Horse Council where she was responsible for the development and implementation of the state’s current equine activity liability laws, the Equine Infectious Anemia compliance laws and the Certified EIA Verifier Program. She championed programs like Second Careers for Horses that, has re-homed over 300 horses to date, and the Black Stallion Literacy Program presented in rural schools across Arkansas. She was the Founder and Executive Director of the Arkansas Equine Foundation, Inc. from 2001 until it was dissolved in 2019. In 2010 she took over from her daughter as the curator of the Thomas M. Hinton collection of art where she has meticulously cared for over 200 works. In the spring of 2018, Betty committed her passion for horses and military veterans as a co-founder and Vice President of Warhorse Legacy Foundation, in Winslow, AR. She was a lifetime member of the VFW Auxiliary Post 2952, as well as a lifetime member of the NRA. Betty touched so many lives, human and animal; a fiercely loyal friend who worked to help her neighbor until her last day. She had a most fervent relationship with her Lord and Savior Jesus Christ; therefore she did not leave this earthly plane in fear but in love and peace. Also preceding her in death was her former spouse, Harvey P. Jones and her uncle, renowned artist, Thomas Melvin Hinton. She is survived by her daughter, Valorie Jones, of Fayetteville, AR; a cousin, Karen Winchester, of Tucson, AZ; her precious canine companions, Big Boy and Bella; her beautiful horses, Sudan, Bandido, and El Cid. A memorial service will be held at 2:00 p.m. Wednesday, April 7, 2021 at Warhorse Ranch, 19344 Hidden Valley Road, Winslow, AR 72959. In lieu of flowers, donations may be made in Betty’s name to Warhorse Legacy Foundation at www.warhorselegacy.org. Cremation arrangements are by Nelson Berna Funeral Home.

In the early hours of Friday, March 26th, 2021, Betty (Lynn) Miller Jones, an amazing mother and most loyal friend, was called home to be with the Lord. Betty was born October 3, 1944, at Texarkana, AR, the only daughter of the late William... View Obituary & Service Information

The family of Betty Lynn Miller Jones created this Life Tributes page to make it easy to share your memories.

Send flowers to the Jones family.