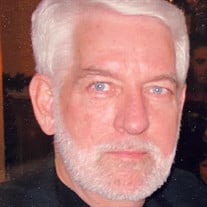 Dan Nickle, age 80, passed away on April 28th, 2022. Dan was born in Fresno, CA on September 14th, 1941. He was raised in Southwest Missouri, then served four years in the US Army, stationed in Boston, MA, and Tehran, Iran (1964-1967). In 1973, he began his career with The City of Kansas City, MO where he worked as a Plan Examiner and Codes Administrator. In 1982, Dan then began a 25-year career with the City of Lakewood, CO. Dan’s fondly remembered for Co-Founding the Educational Institute in Denver and his years of work on the Board of Directors for Wilderness on Wheels, the Colorado Chapter of Building Officials, and the International Conference of Building Officials (ICBO-Past President). Dan enjoyed world travel, playing golf, and cheering on the Denver Broncos. He is survived by his wife of 40 years, Glea Nickle, Daughters by marriage Jaymee Carland (Craig) of Morrison, CO and Sherry Williams of Rogers, AR. Grandsons Nick Carland (Inga) of Bailey, CO and Hise Williams of Rogers, AR. One sister, Judy Shumaker of Golden, MO, one brother, Bill Nickle (Kappy) of Fort Worth, TX and Five nephews, Brian Shumaker (Lesley), Lane Shumaker (Gail), Mark Shumaker (Jennifer) all of Golden, MO. Brad Nickle (Ruth), Stan Nickle (Pam) all of Fort Worth, TX and numerous great nieces and nephews. He was preceded in death by his parents, Cliff and Thelma Nickle. A private family memorial was held at Rocky Edmonson Memorial Park in Cassville, MO. A Celebration of Dan’s life will be held in Colorado at a later date. Memorial donations in memory of Dan can be made to: Wilderness on Wheels PO Box 1007 Wheat Ridge, CO. 80034

The family of Dan Nickle created this Life Tributes page to make it easy to share your memories.

Send flowers to the Nickle family.