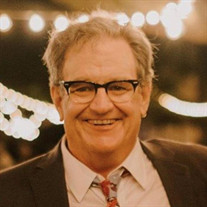 David Ryan Donaldson passed away peacefully at his home in Fayetteville, AR, on January 3, 2022. A creative at heart, Ryan's life reflected family-hewn values and ideals. Influenced by the early art lessons his mother encouraged him in, his in-person experience of MLK's "I Have a Dream" speech on the Washington Mall at nine years old, his father's love of camping in nature, and his grandmother's delicious cooking, all formed the amazing person he would become. Born in Memphis, TN, Ryan grew up in Jonesboro, AR and spent his mid-adult years in Seattle, WA, calling Fayetteville his home for the past 20 years. Ryan graduated from Jonesboro High School in 1972 and attended Arkansas State University for three years before leaving for a short stint at Krueger Printing Press in Jonesboro, helping produce many nationally scaled publications until 1978. Ryan's instinctive desire for new opportunities, experiences, and worldviews took him to Seattle, where he continued to work as a color specialist and production coordinator at various large print shops and cultivated his love of community through the arts. Ryan enjoyed self-expression through his lifelong love of the arts, manifesting a prolific body of work in all his favorite mediums: pencil drawing; watercolor and gouache painting; glass blowing, fusing, slumping and lampworked glass beads; wood carving; photography; and mixed media compositions. Ryan's love for travel, learning, and art led him to spend time and make friends in Jamacia, Buzios, Brazil, and Murano, Italy. A supporter of local food producers, the Fayetteville Farmers' Market, and the Ozark Slow Food organization. He was quietly generous with all his friends and family through funding, support and time. He often helped friends by subsidizing groceries, utility, or medical bills as needed, even helping with study for licensing exams, and above all else, enjoyed the art of sharing his curiosity, love of art, music, and his oversized listening ears. His loyalty, kindness, advice, quirky sense of humor and willingness to help whenever he could were his gifts to this world. Ryan was preceded in death by his mother, Martha Billie Donaldson, father, Thomas Henry Donaldson Jr., Grandfather, Thomas Henry Donaldson Sr., and Grandmother Marie Donaldson. He is survived by his brother Blake Donaldson, Great Aunt Mary Ann White (Herman), niece Mary Martha Donaldson (Taylor St. John) and nephew Max Donaldson (Mackenzie). Ryan also leaves behind a close group of friends who will all miss him fiercely. There will never be another like him. A celebration of Ryan's life will be scheduled for some time this April. In lieu of flowers, the family asks you to consider donating to the Northwest Arkansas Food Bank: https://www.nwafoodbank.org/

David Ryan Donaldson passed away peacefully at his home in Fayetteville, AR, on January 3, 2022. A creative at heart, Ryan's life reflected family-hewn values and ideals. Influenced by the early art lessons his mother encouraged him in, his... View Obituary & Service Information

The family of David Ryan Donaldson created this Life Tributes page to make it easy to share your memories.

David Ryan Donaldson passed away peacefully at his home in Fayetteville,...

Send flowers to the Donaldson family.