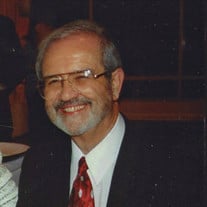 The family of Judge Eugene “Kayo” Harris announce that Judge Harris passed away on Sunday, August 22, 2021. Judge Harris was born on June 14, 1935, in Pine Bluff, Arkansas to Chief Justice Carleton Harris and Marjorie Wilson Harris. Judge Harris was a fourth generation Arkansan born and raised in Pine Bluff, AR. At a young age he was given the nickname “Kayo” by his grandfather due to his physical resemblance to a character of the same name from “Moon Mullins”, a popular comic strip of the day. As a young boy growing up in Pine Bluff, Judge Harris was active in scouting. At the age of 14 he became the youngest Eagle Scout in the country. He graduated from Pine Bluff High School in 1953 and was selected as the class commencement speaker. A passionate music lover, he played cornet in the Pine Bluff High School band under the direction of R.B.“Scrubby” Watson. He received a Naval Reserve Officer Training Corps scholarship to Duke University in Durham, North Carolina, and graduated with a Bachelor of Arts degree in 1957 (His senior year of undergraduate study was spent as a first year law student in the Duke University Law School). Following graduation from Duke in 1957, Judge Harris entered active duty in the United States Navy for three years. Years later, he would retire from the Naval Reserves achieving the rank of Commander. After completing his active duty in the Navy, Judge Harris attended the University of Arkansas School of Law in Fayetteville. He graduated in 1962 and achieved the highest score on the bar exam that year. Judge Harris went on to practice law in Pine Bluff for ten years before being elected to the bench in 1972, at which time he was the youngest trial judge in Arkansas. Judge Harris retired in 2002 after 30 years of distinguished service to the citizens of Jefferson and Lincoln County. He was never defeated for re-election. Judge Harris was a past President of the Jefferson County Bar Association and past President of the Arkansas Judicial Council. He was a member of both the Arkansas and American Bar Associations. He is survived by his wife Georgia Harris; his sons Bruce Carleton Harris of Washington, D.C.; David Alexander Harris and Kim of Fayetteville; Benjamin Eugene Harris of Fayetteville; and his stepdaughter Adrienne Elrod of Washington, D.C. Judge Harris was extremely proud of his two grandsons Mason Alexander Harris and Samuel Ellison Harris of Fayetteville. Judge Harris was a patriot who served his country with honor and distinction. He was a brilliant jurist that loved being in the trenches of the trial courts. He loved the Arkansas Razorbacks, and also managed to remain committed to Duke basketball, a feat of divided loyalty that never presented a dilemma for him. And to the surprise of many, he was a die-hard Oakland Raiders fan (as are his sons and grandsons). He maintained a deep love of music throughout his life and was an ardent supporter of the Arkansas Symphony Orchestra. Judge Harris was a former Mason and a member of the Sahara Shrine Temple. He served on the boards of the Pine Bluff Lions Club, the Pine Bluff Jaycees, and the Jefferson County Easter Seals Society. He was a member of the First Presbyterian Church, and served as church school teacher; Chairman of the youth division; Board of Deacons; and lay minister for Amity Presbyterian Church, in Rison, Arkansas. The family wishes to express its deepest appreciation to Beverly Watker, his friend and caregiver over the last several years, as well as to all of the health care workers who were by his side until the very end. A memorial service will be held at 2:00 p.m. Thursday, August 26, at Nelson Berna Funeral Home Chapel in Fayetteville. Private graveside service with military honors will be in Fayetteville National Cemetery.

The family of Judge Eugene "Kayo" Harris created this Life Tributes page to make it easy to share your memories.

The family of Judge Eugene “Kayo” Harris announce that Judge...

Send flowers to the Harris family.