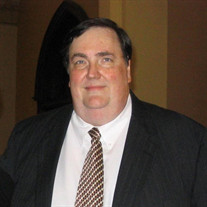 John David Hardin, M.D., 75, of Fayetteville, AR formerly of Pine Bluff, AR, passed away peacefully at home on Sunday, May 9, 2021, in Fayetteville, surrounded by his family. He was born April 11, 1946 in Berea, KY to Dr. Rector R. Hardin and Jeane (Tumblin) Hardin and grew up in Birmingham, Alabama. Dr. Hardin received his Bachelor of Science in 1968 at the University of Southern Mississippi, where his father was a professor. He met his beautiful wife Sara while in college, and they married on March 2, 1968. They moved to Jackson, MS in 1968, where he attended medical school at the University of Mississippi. He subsequently completed his medical residency in radiation oncology/radiology at the University of Mississippi. In 1976, they moved to Pine Bluff, AR where he joined his medical practice and provided care there for nearly 40 years. Upon his retirement in 2013, they moved to Northwest Arkansas where his children and grandchildren reside. He was a scholar. He loved history, from ancient Egypt to pre-Columbian art, to vintage Coca-Cola memorabilia. His depth of knowledge spanned any subject, and his memory was incomparable. He was a doctor. A deeply empathetic and intelligent physician who cared for his patients like family. He healed many suffering of cancer and struck the balance between the science and the art of medicine. He was passionate about providing the best care, continuing to read medical journals and books, even into retirement. He was a family man. He adored his wife, and they recently celebrated their 53rd anniversary. He was an unforgettable father figure to his children, who all became doctors because of his influence. He loved his extended family, including his sister-in-law Dr. Martha D. Adams and his sons and daughters-in law deeply, and they gave him immense support in his final years. He gave freely of his time and was always there when needed. His grandchildren were everything to him, and they affectionately called him GrandDude and fulfilled his dream. He was a man of God. He conscientiously studied theology and developed a deep reverence for God and awe of God's creations. He practiced what he preached and was generous with his time and money. He spread the word of God by mouth and in action. He was happy. He was constantly telling jokes and finding joy in life. He was always smiling and giving thumb ups. He loved and coveted life. We have no doubt that he will make God smile. He was loved and will be forever missed. He left this world a better place and lived a full, significant, impactful life. His legacy has widespread effect, and we know that his spirit will transcend and brighten the heavens. He departed this world in peace, cherished by his family and friends. God rest his beautiful, precious, loving, kind, humorous soul. He is survived by his wife of 53 years, Dr. Sara G. Hardin; one son, Dr. John Michael Hardin and wife Allison of Springdale, AR; two daughters, Dr. Sara Maria McCoy and husband Mike of Fayetteville, AR, and Dr. Vanessa Branch and husband Dr. Drake Branch of Fayetteville, AR; and six grandchildren, Matthew and Nicholas McCoy, Ellie and Harrison Branch, and Jenna and Jillian Hardin. Funeral rosary will be recited at 12:30 pm and Celebration of Life to follow at 1 pm on Friday, May 14th at St. Joseph Catholic Church in Fayetteville. Burial will follow at Fairview Memorial Gardens in Fayetteville. To view the funeral service online, please use the following link: https://www.facebook.com/saintjosephfayetteville/live In lieu of flowers, memorial donations may be made to St. Joseph Catholic Church at https://www.sjfay.com/, Reasons to Believe at https://support.reasons.org/donate, National Multiple Sclerosis Society at https://www.nationalmssociety.org/ or directly through his memorial fund at https://mssociety.donordrive.com/campaign/Dr--John-David-Hardin-Memorial-Fund.

John David Hardin, M.D., 75, of Fayetteville, AR formerly of Pine Bluff, AR, passed away peacefully at home on Sunday, May 9, 2021, in Fayetteville, surrounded by his family. He was born April 11, 1946 in Berea, KY to Dr. Rector R. Hardin and... View Obituary & Service Information

The family of John David Hardin, M.D. created this Life Tributes page to make it easy to share your memories.