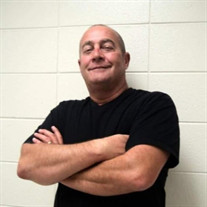 John McCollum Mills, 66, of Farmington, Arkansas passed away on Tuesday, Oct. 5, 2021. John began this life journey on Dec. 15, 1954, in Monticello, AR as the third child to Dr. Hugh L. Mills, Sr., and Myrtle Don Mills. John is survived by his high school sweetheart and wife of 41 years, Carol Wilson Mills. John often told the story of meeting the love of his life in 1966 at the Wilson Park swimming pool in Fayetteville when they were 12-years old. When John told the story of meeting ‘the girl from the Wilson Park pool’, he would claim love at first sight, and together over the years, they enjoyed making each other laugh. John Mills was one-of a kind; a self-proclaimed renaissance man - an aficionado in the realm of music and the art of sports. A talented and notable athlete, he excelled in basketball, football, and track & field during his time as a student at Fayetteville Public Schools. Later in life, he dedicated himself to running and cycling, completing countless races, triathlons, and marathons, and building long-lasting friendships, including his running club, the Dead Runners Society. His sports philosophy was that the biggest lesson is making it back to home base. Knowing sports mirrors life, it is about leaving home and doing the work to get back home again, whether those things are routine and practical or occasionally heroic and glorious. He took great joy in his fantasy football league, and his commentary and musings each weekend will be dearly missed. John loved reading and reviewing books, sharing music, and catching up with all the friends he’d made over his lifetime. Not many people can claim enduring friendships going all the way back to the early days from Monticello to Hot Springs to Northwest Arkansas. John was a graduate of the University of Arkansas, receiving his Bachelor of Science degree in Agriculture in 1980 and then his Master of Arts degree in Education in 1994. John had a passion and a skill for landscaping and gardening. He founded his own businesses, Famous Landscapes and in later years, his own tech company, Tip Top Tech. John was one of the pioneers in the Fayetteville School district’s computer technology program teaching computer science and repair. Hailing from a long line of educators, teaching came naturally to him. He mentored and influenced many of his students, who went out of their way to stay in touch with him up until his final days. As one of his former students put it, “Mills was one of the greatest ever in the field of education. His care and concern every day for those around him will always be remembered. He was truly one of a kind.” His advice and stories, his legacy in education, and the seeds and plantings from his gardens will be forever treasured by his family. John was preceded in death by his father, Dr. Hugh L. Mills, Sr., his beloved maternal grandmother, Opal Fletcher Smith and daughter, Margaret Elizabeth Mills. He is survived by his wife, Carol, his daughters Hannah Louise Mills and Madeline Mills, by his mother, Myrtle Don Mills of Fayetteville, his siblings Hugh L. Mills, Jr. (Sharyn) of Kansas City, MO, Nancy Mills Jarratt (Denny) of Forrest City, AR, Jim Mills (Lee Anne) of Rogers, AR as well as many nieces and nephews. A celebration of life was held at the family home on Oct. 10, 2021. The large attendance was a testament to a life well lived. Mills left us too soon and will be missed and remembered often by family and friends.

The family of John McCollum Mills created this Life Tributes page to make it easy to share your memories.

Send flowers to the Mills family.