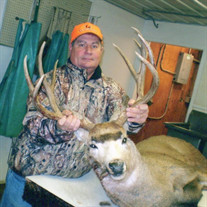 John Walker Whittaker, 70, known as “Doc” to all who knew him, passed away on November 28 in Fayetteville, AR, after a yearlong battle with cancer. John loved his Lord God and Savior Jesus Christ and his many family members and friends. Beloved husband of 27 years to Susan C. Whittaker; beloved father and stepfather of Laura (Adam) Kelly of Rochester, MN; Lisa (Shaune) Williams of Louisville, KY; Leann Whittaker of Little Rock, AR; Christopher (Jennifer) Dunkel of Hot Springs, AR; and Robin (Christopher) January of Fayetteville, AR; beloved grandfather of Whittaker and Vivian Kelly; Palmer Dunkel; and Will, Matt and Owen January; beloved brother of Donnis (Roger) Kurth of Meramec, OK. Born in Pawnee, OK, to the late Roy and Ann Whittaker of Fairfax, OK, John developed an early love of horses, hunting and fishing. He graduated from Fairfax High School as co-valedictorian and Oklahoma State University, where he maintained a 4.0 GPA. John then earned his Doctor of Veterinary Medicine degree from OSU’s College of Veterinary Medicine in 1976, where he was selected outstanding large animal student by the faculty. John was a devoted fan of OSU sports and on the eve of his death he witnessed his beloved Cowboys’ victory over OU- their first since 2014. Moving to Hot Springs, AR, John initially established an equine practice and co-founded and co-owned the Lake Hamilton Animal Hospital and Equine Surgical Facility. However, in 1988, he began his career in equine racetrack practice and sports medicine, working at various racetracks throughout the Midwest. His constant companions when not at work were his beloved dogs, some of whom would accompany him on his many hunting trips. In 2017, John retired from private practice when he became a Lasix Coordinator and part-time regulatory veterinarian for the Arkansas State Racing Commission, the Iowa Racing and Gaming Board, and Prairie Meadows Racetrack in Des Moines, IA. There will be a celebration of John’s life at the Oaklawn Chapel in Hot Springs, AR during the Spring 2022 race season. Details of the service will be announced at a later date. In lieu of flowers, donations may be made to Mayo Clinic Cancer Research, Rochester, MN; Ducks Unlimited; Pheasants Forever; the Rocky Mountain Elk Foundation; and the Arkansas Race Track Chaplaincy, Hot Springs, AR.

John Walker Whittaker, 70, known as &#8220;Doc&#8221; to all who knew him, passed away on November 28 in Fayetteville, AR, after a yearlong battle with cancer. John loved his Lord God and Savior Jesus Christ and his many family members and friends.... View Obituary & Service Information

The family of John Walker Whittaker created this Life Tributes page to make it easy to share your memories.

Send flowers to the Whittaker family.