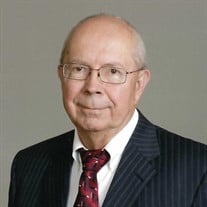 November 1, 2021, was a rainy fall afternoon when Larry Paul Davis completed his earthly journey and heard the Lord’s voice calling him home. Larry was born March 25, 1945, in Little Rock, AR, to Lloyd Paul Davis and Gladys Pruitt Davis. He was predeceased by both parents, his in-laws, J.B. and Faye Knox, and brother-in-law, James Knox. Surviving Larry are his wife, Tsianina (Nina) Knox Davis, of the home; a son, Leigh Davis and his wife Candra, of Fayetteville; a daughter, Tina Hall and husband of Pleasantville, OH. Larry’s siblings are, Becky Russell of Springdale, a brother, Randy Mobbs and wife Marcia of Austin, AR, twin sisters, Carol Smith of Ward, AR, and Cheryl McCollough and husband, Patrick of Ward, AR. Larry was a special uncle to a host of nephews and nieces. He was easy to make laugh and many memories were made with a fishing pole in hand. Uncle Larry always had the time and patience to bait hooks and to go back to the shore for potty breaks. Larry grew up in Austin, AR, and attended Cabot schools. He became a follower of Christ at the age of 8 and attended Austin Station Baptist Church. An older deacon took Larry under his wing and was a role model as a Godly husband and father. This gentleman greatly influenced Larry’s character and encouraged him as a young Christian. Larry was ordained as a deacon in 1966. Following graduation, Larry joined the U.S. Marine Corps where he was a radio telegraph operator. Following active duty, he was in the Marine reserves for 5 years. Larry and Tsianina’s family increased by one in 1967, with the birth of their son, Leigh Porter. After several layoffs at different jobs, Larry knew it was necessary to have a college degree. He graduated in 1975, from U.A.M.S. School of Pharmacy. His career began when he and Tsianina bought a small pharmacy, that same year, in Prairie Grove, AR. These were special years with the family working together. Dear friends and sweet memories were made at City Drug. In 1980, Tina Ann, completed the family when she became their daughter. Larry retired from pharmacy in 2011, while working at Collier’s Drug. That same year Parkinson’s reared its ugly head and side railed the retirement dreams. However, in true form, Larry gave it a good fight. Larry was transparent with no grey areas in his beliefs. Once, while working in pharmacy, Larry was called aside by a young man with a brown paper bag. He opened the bag and showed him a large pistol. When the young man demanded narcotics, Larry gave him the “Dad talk” trying to discourage him from a robbery. The simple life was his “MO”. Pay your debts, repair, and keep your vehicle for at least 15 years. Larry’s last truck was 20 years old and looked great. All of Larry’s family loved him dearly. So typical of Larry, his home going was sweet and quiet. Our hearts are sad but rejoice knowing that one day we will have a happy reunion. Larry’s favorite scripture was “I can do all things through Christ who gives me strength.” Philippians 4:13 Green Dots, Buds Visitation is from 5-7 p.m. Wednesday, November 3, at Nelson Berna Funeral Home in Fayetteville. Funeral service will be 11:00 a.m. Thursday, November 4, at First Baptist Church in Fayetteville. Burial is in Fairview Memorial Gardens by Nelson Berna Funeral Home. Memorials may be made to the Mission Fund, at First Baptist Church in Fayetteville, or to the Willard Walker Hospice House.

The family of Larry Paul Davis created this Life Tributes page to make it easy to share your memories.

Send flowers to the Davis family.