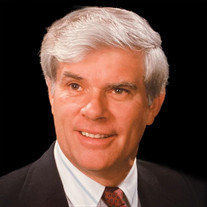 Lynn Franklin Garst, a proud veteran of the United States Navy, peacefully went into the arms of Jesus on Saturday, September 25, 2021, with his wife of 56 years by his side. Lynn is the son of Ben Franklin and Dortha (Stansell) Garst and stepmother Ruth (Jacobson) Garst. He was born in Little Rock, Arkansas on February 24, 1941, and graduated from Central High School in 1958 during the historic desegregation crisis. He graduated with a Bachelor of Science in Engineering from the United States Naval Academy, a Master’s in Physical Education and an Educational Specialist Degree, both from the University of Missouri. At the age of 17, Lynn enlisted in the United States Navy and after three years was competitively selected to attend the Naval Academy Preparatory School in Bainbridge, MD. Following this, he attended the United States Naval Academy graduating in 1965. Upon graduation, he attended Flight Training and went on to serve in Vietnam flying the OP-2E aircraft with The Ghost Squadron (VO-67). In honor of service in Vietnam, his unit earned the Navy Commendation Medal and the Presidential Unit Citation among other honors and medals. Following Vietnam, Lynn was assigned to Jacksonville Naval Air Station in Florida where he flew the P-3 Orion on ASW (anti-submarine warfare) missions. After this assignment, he taught Naval ROTC at the University of Missouri in Columbia, Missouri. During the NROTC service, he discovered his passion for education as well as his desire to be with his family full-time and left the military pursuing a career in teaching and coaching. He taught upper-level math, coached girls’ basketball, baseball, soccer, football and golf, and ultimately went into middle school administration. Lynn, Georgiann and their three children (Mark, David and Karen) made Columbia their home for 15 years. After Mark and David left for college, Lynn, Georgiann and Karen moved to Rogers, Arkansas where they found a “home” at Fellowship Bible Church and Northwest Arkansas. It was during this time that his faith grew exponentially, and he truly learned what it meant to follow the Lord. Lynn served as Elder and Shepherding Elder at Fellowship as well as assisting in the Elementary Ministry and Community Ministry shaping lives of so many. He also had a love for the Razorbacks (Go Hogs!), Navy (beat Army!) and the St. Louis Cardinals. A favorite family memory was attending the historic Game Six of the 2011 World Series. His love for sports has spread to his family and grandchildren as well. Lynn is survived by his wife Georgiann of Rogers, Arkansas; sister Barbara Kindron of Santa Barbara, California; sons Mark (Karen) Garst of Lebanon, Illinois, David Garst of Memphis, Tennessee and daughter Karen (Tom) Olsen of Rogers, Arkansas. His proud legacy also includes his grandchildren Miranda (Brad) O’Bryant, Kaila (Nathan) Gillespie, Crist (Whitney) Olsen, Alec (Liz) Garst, Destin Garst, Dane (Claire) Olsen, Steth Garst, Ty Olsen, Elliot Garst, and Addy Olsen. Lynn was also blessed to have five great grandchildren and wonderful nieces and nephews. His family and friends are what brought him great joy. Lynn, Dad or Grandpa will always be remembered for fighting the good fight and keeping the faith (2 Timothy 4:7), his loyalty, contagious laugh and huge smile, his stories, his love for outdoors and golf, his zest for life, adventure and vacations, and being the biggest fan of his children’s and grandchildren’s varied activities. A memorial service honoring his life will be held on Veteran’s Day, November 11, 2021 at Fellowship Bible Church in Rogers, Arkansas with future details to be provided. In lieu of flowers, the family requests memorials be sent in his honor to Fellowship Bible Church of Northwest Arkansas, 1051 W Pleasant Grove Road, Rogers, AR 72758.

Lynn Franklin Garst, a proud veteran of the United States Navy, peacefully went into the arms of Jesus on Saturday, September 25, 2021, with his wife of 56 years by his side. Lynn is the son of Ben Franklin and Dortha (Stansell) Garst and stepmother... View Obituary & Service Information

The family of Lynn Franklin Garst created this Life Tributes page to make it easy to share your memories.

Send flowers to the Garst family.