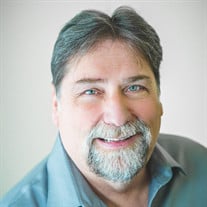 Michael Steven Roberts, age 66, passed away October 11, 2021, in Rogers, Arkansas. He was born July 12, 1955, in Chicago, Illinois to Winfred Gayle and Florence (Larsen) Roberts. He is preceded in death by his father. His memory lives on through his son Matthew S. Roberts and his fiancé Kristen L. Reasoner as well as his Mother Florence Roberts and his sister Karen (Roberts) Boorboor. Mike Roberts has more than 25 years of wholesale club industry experience. Mike began his career as a forklift driver and rose to the position of Regional Vice President in two separate Sam’s Club Divisions. Along the way he was a successful Assistant Club manager, Club General Manager, Director of Operations and Senior Director of Operations. He was known for building diverse, results-oriented teams and effectively leading change. His long-standing commitment to people, service and excellence earned him the Sam M. Walton Award of Excellence (Blue Coat). After retiring from a long and successful career at Sam’s Club, Mike co-founded The GrowthWise group where he served as a Senior Partner co-leading the rapidly growing sales support division. Mike’s job allowed him the opportunity to travel and make many memories with his son, Matt. Outside of work, Mike was a die-hard sports fan. He had an impressive sports memorabilia collection that any sports fan would envy. His collection showcased his favorite teams, the St. Louis Cardinals, the Colorado Rockies, the Denver Broncos, and of course, the Arkansas Razorbacks. Mike enjoined his early retirement doing whatever he felt like doing daily, whether that be traveling on a whim to do something new, golfing with his closest friends, or even just watching a sports game of his favorite teams. He loved his friends and family fiercely and will be sorely missed. A celebration of life will be held on Friday, October 15, 2021, at 11:00 AM at Cross Church of Rogers. Cremation arrangements have been entrusted under the care of Nelson-Berna Funeral Home of Rogers. To place an online tribute, please visit www.bernafuneralhomes.com

Michael Steven Roberts, age 66, passed away October 11, 2021, in Rogers, Arkansas. He was born July 12, 1955, in Chicago, Illinois to Winfred Gayle and Florence (Larsen) Roberts. He is preceded in death by his father. His memory lives on through... View Obituary & Service Information

The family of Michael Steven Roberts created this Life Tributes page to make it easy to share your memories.

Send flowers to the Roberts family.