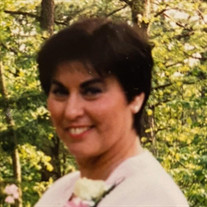 Myra Gaylene Davis, of Jonesboro, passed away December 9, 2021, in Fayetteville, Arkansas. She was born February 12, 1938, in Cape Girardeau, Missouri to John and Dixie (Bissel) Houck. She is preceded in death by her parents. Myra graduated from Arkansas State University. During her time there, she was a member of the Phi Mu chapter at ASU and was also crowned as homecoming queen. After graduation she started her career as a schoolteacher and continued to teach for over 25 years. After her retirement she enjoyed playing bridge with friends and spending time with her family. She was an avid world traveler. She was career army wife and lived all over the United States. She and her husband traveled extensively seeing most of Europe from Italy and Spain, all Central European countries and east Berlin before the wall fell. They also toured Japan, Thailand, and the Philippines. She was a great mother and encouraged her children to excel in school. Chad attaining a master’s degree and Jay a MD. She was a loving grandmother, wife, and mother. Myra is survived by her loving husband of 62 years, Thomas Davis, sons; Jay Davis and wife Elizabeth of Fayetteville, Chad Davis of Savannah, GA, grandchildren Reid Davis, Macy Phillips, Myla Phillips, Cole Davis, Ashton Davis, and a host of extended family and friends. Inurnment will be held at Jonesboro Memorial Park Cemetery. Cremation arrangements have been entrusted under the direction of Moore’s Funeral Chapel. To place an online tribute, please visit www.bernafuneralhomes.com

Myra Gaylene Davis, of Jonesboro, passed away December 9, 2021, in Fayetteville, Arkansas. She was born February 12, 1938, in Cape Girardeau, Missouri to John and Dixie (Bissel) Houck. She is preceded in death by her parents. Myra graduated... View Obituary & Service Information

The family of Myra Gaylene Davis created this Life Tributes page to make it easy to share your memories.

Send flowers to the Davis family.