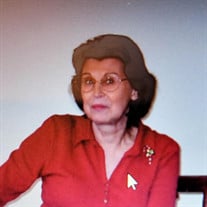 Peggy Ruth Seery Wilkins, of Fayetteville, Arkansas, died on April 21, 2021, at the age of 82. Peggy is survived by her husband of 64 years, Jerry Lee Wilkins, her children, Paula Ann Myers, Helen Elizabeth Wilkins Benham, and Jerry Benjamin Wilkins, her sister, Nancy Lou Pollard, grandchildren, Toni Rene Ramsey, Candace Elizabeth Stuart, Joseph Ryan Myers, Christian Lee Myers, and Colin Jacob Myers, and many great grandchildren, nieces, nephews, and cousins. She is predeceased by a sister, Patricia Ann Sisk. Peggy was born August 25, 1938 in Batesville, Arkansas. In 1956, she met a handsome young man from North Carolina, who was visiting Batesville with a fellow soldier from the U.S. Army. Peggy and Jerry married the following year. After completing Jerry’s term in the Army, they settled in Batesville, where they welcomed their three children. In 1968, they moved their family to Fayetteville, which became their home. Along with Jerry, Peggy was a charter member of Rolling Hills Baptist Church, and attended services there for more than 50 years. She was a graduate of the University of Arkansas. Peggy had a lively and outgoing spirit and loved her family, her church, and the arts. A graveside service is scheduled for 11:00 a.m. Monday, April 26, at Fairview Memorial Gardens with Pastor Steve Sheely officiating. Arrangements are by Nelson Berna Funeral Home of Fayetteville.

The family of Peggy Ruth Wilkins created this Life Tributes page to make it easy to share your memories.

Send flowers to the Wilkins family.