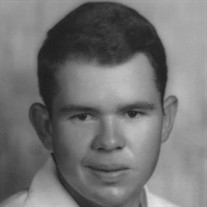 R. Howard (John) Storie passed away Friday, November 19, 2021, in his home in Bentonville, AR. Though John was not his given name, when he was a small boy and was asked what his name was, he firmly announced that he was John. From then on, everyone knew him as John. Born in 1930 in Tullos, Louisiana, John was the son of W. C. Storie and Minnie Ferrell Storie. He was the third of three children born to a couple that lived the life of oil field workers in both the West Texas and East Texas fields, ultimately settling in Marion County Texas. Therefore, it isn’t surprising that John’s career was in the same arena. A pivotal point in his life was September 20, 1953, when he married Edith Sturdivant of Avinger, Texas. After their wedding, the two of them never spent a day apart until her passing in 2018. During that time they raised a daughter, had two successful oil-industry companies, Lodi Drilling and Service and Caddo, Inc., and traveled extensively in retirement. For many friends and family, the two were so inseparable that people referred to them almost as if their names formed one word: JohnandEdith. In addition to their retirement travels all over the continental U.S. and Canada, John and Edith enjoyed buying homes, renovating them, and then moving on. Besides at least six properties in Jefferson and Marion County, Texas, they lived in Raton, New Mexico, Atlanta, TX, and Mount Ida, Pencil Bluff, and, ultimately, Bentonville, AR. Everywhere they lived, they formed lasting friendships with their neighbors. While outgoing and personable, John and Edith weren’t ones to focus the limelight on themselves. They quietly committed many acts of kindness to individuals and gave generously to people and causes they believed in. Only if recipients shared information did most people ever learn about their deeds. Besides his parents and wife, John was preceded in death by his sister, Dr. Rita Bryant Turner, his brother Harold Storie, sisters-in-law Ruth Hall and Juanita Sturdivant, and brother-in-law William Sturdivant. He is survived by his daughter Ann Storie Karro (Denny) of Renton, WA, brothers-in-law Kenneth Hall of Hooks, TX, and Edward Sturdivant (Nell) of Denham Springs, LA, and nieces Katie Bryant (Toby Kessler) of Cimarron, NM, and Debbie Hall McKinney (Vic) of Ashdown, AR. Others who mourn his passing are very close friends B.J. and Norma Melton of Hallsville, TX, Richard Blevins, Bubba Muse, Nancy Williams, and Pam McCaslin of Jefferson, TX, Glenda Sanders of Atlanta, TX, Bob McKinney of Bella Vista, AR, and many special neighbors from The Highlands neighborhood in Bentonville, AR: Barbara Griffith, Bill and Barbara Wood, Jerry and Fran Cecil, Jack and Judy Kavulich, Roma Toms, and Ryan and Cara Cloninger. A memorial service in Bentonville, AR, and a reception in Jefferson, TX, are planned for the spring of 2022. Arrangements have been entrusted to Nelson-Berna Funeral Home of Rogers, AR.

R. Howard (John) Storie passed away Friday, November 19, 2021, in his home in Bentonville, AR. Though John was not his given name, when he was a small boy and was asked what his name was, he firmly announced that he was John. From then on,... View Obituary & Service Information

The family of R. Howard (John) Storie created this Life Tributes page to make it easy to share your memories.

Send flowers to the Storie family.