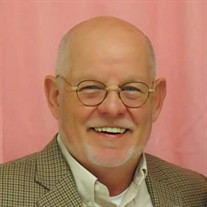 Ralph Ernest “R.E.” Clark, 67, of Bentonville, AR, entered the throne room of heaven on December 19th, 2021. He was born July 7th, 1954, in Baton Rouge, LA. He faithfully served more than 40 years in the gospel ministry which included 18 years as a pastor and 22 years as Associational Missionary with the Northwest Baptist Association. His missionary service abroad has resulted in the spreading of the gospel to five continents. He was the author of three daily devotionals, several Bible study manuals, and a book on revival preparation. Above all, he always placed his family first. In the home, he lived what he preached leaving a legacy that will continue to point others to Christ. He is survived by his wife, Trudy Grimmett Clark; 3 daughters, Amy Holliman (Kevin), Jennifer Bertrand (Glynn), Kayre Chastain (Andrew); a son, Jonathan Clark (Courtney); 10 grandchildren, 1 great grandchild, 4 stepchildren, 8 step-grandchildren, and 3 step-great grandchildren. He was preceded in death by his wife of 36 years, Kay Clark, his parents, sister, and brother. Visitation and service at First Baptist Church of Rogers, AR on Tuesday, Dec 21st from 6PM to 9PM and on Wednesday, Dec 22nd from 1PM until service begins at 2PM with Glynn Bertrand officiating. Honorary pallbearers are Grant Holliman, Jacob Bertrand, Dylan Bertrand, Matthew Chastain, Joel Clark, and Kayden Clark.

The family of Ralph Ernest "R.E." Clark created this Life Tributes page to make it easy to share your memories.

Send flowers to the Clark family.