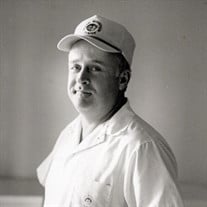 Raymond Carlisle Elkins, II, age 65, of Farmington, Arkansas, died on March 15, 2022, in Fayetteville, Arkansas. He was born on June 9, 1956, in Fayetteville, Arkansas, to Raymond Carlisle Elkins and Ella Darlene (Dorman) Elkins. Raymond grew up in Farmington and was a photographer for the high school football team while he was there. He helped build the goalposts for the football team and also helped raise the bleachers at the football stadium. Raymond was a groundskeeper for the Farmington Cemetery from 1975 - 1986. Raymond graduated from Farmington High School in 1976. He attended the University of Arkansas, before going to work for Ozark Mountain Smokehouse until 2003. In his free time, he enjoyed fishing, raising cattle, and playing at the lake. He was preceded in death by his parents. He is survived by brother, Tracy Elkins and wife Crystal of Farmington, and their daughter Eva Terese; and brother Eugene Elkins and wife Hebe of Prairie Grove, and their sons, Nicholas, Justus, Dustin, and Lathen. Funeral services will be 10:00 a.m., Monday, March 21, 2022, at Moore’s Chapel in Fayetteville, with burial to follow at Farmington Cemetery in Farmington. Arrangements are by Moore’s Chapel in Fayetteville.

The family of Raymond Carlisle Elkins II created this Life Tributes page to make it easy to share your memories.

Send flowers to the Elkins family.