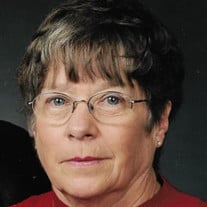 Reva Lucille (Lucy) Harris, age 79, was born December 20, 1941, in Shreveport, Louisiana and passed away November 16, 2021, in Fayetteville, Arkansas. She was raised by her father, George T. Bright and mother, Hazel B. Bright in Hope, Arkansas. Lucy was preceded in death by her parents, George and Hazel, her sister Sue Bittle and her son James (Jimmy) Wilson Harris II. She is survived by her husband James (Jim) Wilson Harris of Springdale, Arkansas, her daughters Terri Hart and husband Tom of Pearland, Texas, Tammie Wewers and her husband Travis of Schertz, Texas and her daughter-in-law Paige Harris of Jenks, Oklahoma. She was also survived by her brothers, Tommy Bright and his wife Sara of Birmingham, Alabama, and Garland (Bit) Bright and his wife Fay of Clermont, Florida. She also took tremendous pride in her 7 grandchildren, 3 great-grandchildren and many uncles, aunts, nieces, and nephews. While living in Hope, Arkansas, Lucy was a member of First Christian Church (Disciples of Christ) where she met her loving husband, Jim of 61 years. She and her husband Jim both graduated from Hope High School in 1959. Lucy and Jim were married in Hope, Arkansas on December 22, 1959, and since Jim was in the US Marine Corps, they spent time in California and Hawaii. After Jim retired from the US Marine Corps, they moved back to California and then Texas. They came back to Hope, Arkansas in 1974 to raise their children. Lucy spent several years working for Etter Printing in Hope. Lucy and Jim have lived in several cities around Arkansas but settled in Springdale about 20 years ago. While living in Springdale, she worked for Food Service Equipment Brokers. She loved providing birthday cakes for all the employees. Lucy and Jim both retired in 2020. While raising her children, she spent many hours as a Girl Scout Leader, and served as a proud supporter of the Hope High School Band where all of her children were members. She has filled her retirement days volunteering with her church in homeless and food pantry ministry by baking cakes and cookies. Jim and Lucy are members of the First Christian Church (Disciples of Christ) in Rogers, Arkansas. A memorial service will be held at the church at 905 S. 13th St., Rogers, Arkansas, at 10:00 a.m. Monday, November 22, and will be officiated by Senior Pastor Shawn Wallace. Arrangements are provided by Nelson-Berna Funeral Home, Fayetteville. In lieu of flowers, please send memorials to Jefferson Health in support of research to cure Ocular Melanoma at Jefferson, Office of Institutional Advancement, Department 825434, P.O. Box 71331, Philadelphia, PA 19176-1331, or visit https://giving.jefferson.edu/ways-to-give.html. Please designate your gift to be used for Ocular Melanoma Research. The family wishes to thank Dr. James Counce and the staff of Cardio-Vascular and Thoracic Surgery Clinic as well as the staff of the Critical Care Unit of Washington Regional Memorial Hospital for their compassionate care in Lucy’s final days and hours.

Reva Lucille (Lucy) Harris, age 79, was born December 20, 1941, in Shreveport, Louisiana and passed away November 16, 2021, in Fayetteville, Arkansas. She was raised by her father, George T. Bright and mother, Hazel B. Bright in Hope, Arkansas.... View Obituary & Service Information

The family of Reva Lucille (Lucy) Harris created this Life Tributes page to make it easy to share your memories.

Send flowers to the Harris family.