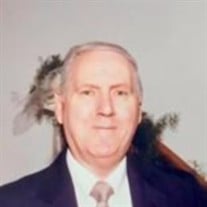 Winston “Bill” Litaker died on June 24, 2021 at 2:15 PM in Washington Regional Hospital in Fayetteville, AR after complications arising from a recent battle with cancer. Winston was born on October 11, 1936 to Rachel Upright Litaker and John Kingsley Litaker. He had one brother George “Sonny” Litaker (deceased) and sister (who died at birth). He is survived by his wife of 67 years, Loree “Rita” Weaver Litaker and his two sons, Casey Litaker and Steve Litaker, 8 grandchildren, and 4 great-grandchildren. After dropping out of high school at age 16, he entered the workforce and had worked his way up to foreman in Cannon Mills. Then, at age 30, sensing career limitations, he decided that he needed education to go further. So, while still working full time at the mill, he started on a six-year quest – first getting his high school equivalency, then community college, then transferring and graduating at age 37 from UNCC with a Bachelor’s in Business Administration. After that, his career flourished during the heyday of Cannon Mills, then the largest manufacturer of household textiles in the world, retiring as General Superintendent of Distribution for Fieldcrest Cannon in 1996. His hard work and perseverance truly inspired his family, who credit Winston for leading the way. Though he was the first in the Litaker family to graduate from college, all subsequent generations have since followed suit. Other than work, Winston very much liked outdoor activities, building or renovating a couple of lake cabins, boating and fishing at High Rock Lake, visiting mountains and beaches. As Casey and Steve began playing sports, he enjoyed watching their high school games and then began a four-year stint of weekend trips to watch Steve play college football wherever Wake Forest was playing. Leading up to and following his retirement, he and Loree loved to travel, traversing the US often several times a year to visit their sons, who had by that time started their own careers… Dallas/Fort Worth, Richmond, San Francisco, Los Angeles, Atlanta, Washington DC, Boston, Fayetteville AR, and thoroughly enjoyed local sightseeing on nearly every trip. Winston’s kindness, humility, advice, and love will be truly missed. Till we meet again! A celebration of life will be scheduled at a later date. In lieu of flowers, the family requests donations be made to the American Cancer Society in memory of Winston Litaker (https://donate3.cancer.org/). Click on the “I want to dedicate my donation” checkbox. Cremation arrangements are by Nelson Berna Funeral Home.

The family of Winston Taylor Litaker created this Life Tributes page to make it easy to share your memories.

Send flowers to the Litaker family.